I work on my next novel “Resurrection” every day. My first objective is to tell a good story. My second it to get the spelling, punctuation and grammar right. Somewhere along the way, I would hope to illuminate how good-intentioned (at least in their own minds) men and women suffer illusion in their struggle to live honorable lives. They make mistakes. Cognitive bias plagues their understanding.  In a recent Facebook post a high school buddy puzzled over the recent Los Vegas shooting massacre, its vividness (awfulness, tragedy, utter sadness) and resultant public imputation that the ‘gun-owning culture’ is bereft of empathy, logic, sense.  We, he and I, had taught our children, sons and daughters, to use guns. Had we been defective fathers?

Some thought so.   A CBS vice president and senior legal counsel posted [since deleted], “If they wouldn’t do anything when children were murdered I have no hope the Repugs will ever do the right thing. I’m actually not even sympathetic bc country music fans are often republican gun-toters.”

We deserve to be shot, it seems.

The former, now fired, CBS vice-president was young, impulsive, Lungen-Zungen, as we would day in the German dialect, Pfälzisch. Facebook didn’t exist when I said things equally regrettable. A childhood friend still makes me slide in shame from the barstool when she recalled some of my deplorable behaviors sixty years ago

In his address to the nation after the Planned Parenthood attack, President Barack Obama claimed: “I say this every time we’ve got one of these mass shootings: This just doesn’t happen in other countries.”

Former Senate Majority Leader Harry Reid asserted similarly: “The United States is the only advanced country where this type of mass violence occurs. Is this true?

I hadn’t thought so. I have lived for ten of the last forty years variously in Germany, Russia, Croatia and France (we won’t count two SEA tours). Over comparable periods, I witnessed European countries endure numerous gun massacres as well as by bomb, vehicle and knife.

When one compares either the frequency or the death rate from mass publish shooting across Europe (including Canada), the United States is not among the top ten, even if we excluded those innocents murdered by bomb, vehicle and knife. 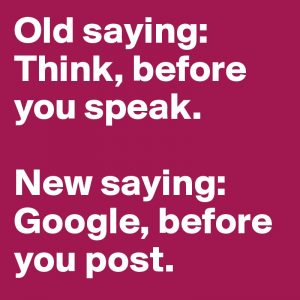 The President of the United States, the Majority Leader of the Senate, and the foolish (now fired) young lawyer are wrong. How can presumably well-informed and (possibly) well-intentioned Americans be so utterly wrong?

Two main figures in my novel Resurrection deal in deception, i.e., intelligence and counter-intelligence, i.e., deception and counter-deception. Another is a fabulist, story-teller. (I suspect but do not yet know that the fabulist may have the better handle on truth-telling. We’ll see, eh?)  An important step in a well-planned deception operation is to ask: What does the target already believe? It is far easier to manage the perceptions of one already convinced than it is to change his mind.

The three––the President, the Majority Leader, and that young woman who spoke before her brain engaged––believe (d) that a particular segment of the US population––gun toters––are prone to (gun) violence.  Is that true?

No, it turns out to be false. They spoke before they examined the data.  The US gun mass murder rate in the USA is lower than eleven European countries. If one includes bombs, vehicles and knives in the equation, the USA is much the safer country.

Why this ‘truth’ escapes our attention requires another (a bunch of?) post. Even the best intentioned among us are fooled by the human reliance on ‘rules of thumb’ (the technical term is heuristics). As Daniel Kahneman and Amos Tversky in book after book, essay after essay, study after study emphasize, One non-representative incident will merely strengthen a belief already strongly held.[i]

“Belief in the Law of Small Numbers” teased out the implications of a single mental error that people commonly made— even when those people were trained statisticians. People mistook even a very small part of a thing for the whole. Even statisticians tended to leap to conclusions from inconclusively small amounts of evidence. They did this, Amos and Danny argued, because they believed— even if they did not acknowledge the belief— that any given sample of a large population was more representative of that population than it actually was.   Lewis, Michael (2016-12-06). The Undoing Project: A Friendship That Changed Our Minds (p. 159). W. W. Norton & Company. Kindle Edition.