The Wounded, The next book… 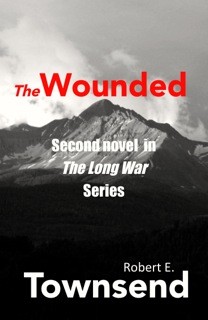 the second novel in The Long War series: 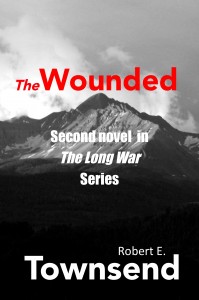 “The Wounded” is the second book of Townsend’s The Long War Series. Ricky Belisle travels across the south and west of America, a minor league baseball player, seeking redemption before his family, his people, his Marie Jeanne. It is 1960, the nuclear age. His forebears far into the mists of time––father, grandfathers, great-grandfathers and beyond––had been warriors. The world no longer needs such men. He encounters temptation and corruption and injustice, a south of explosive rage,  injury and death lurking behind the friendly grin. Within the baseball stadium, there are rules, which are firm, just and clear.

He signs to a AAA team, on his way to the ‘big house.’ A run down between third and home, a concussion, and his quest for redemption is stopped short.  Marie Jeanne finds him on a Colorado mountain, recovering, hardened. Indifferent nature tests them, their love, their worth, yet again.

The first book in the series, Spirit Falls, is free until 30 September 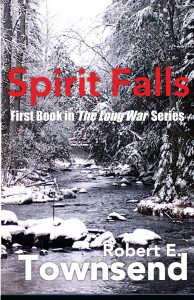