The Name of Things 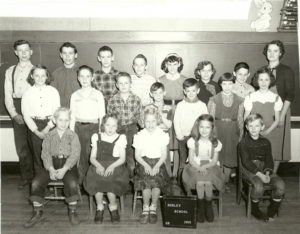 A childhood friend on Facebook recently called me a Republican.  On our playground sixty years ago, I would have pushed her into a snow bank. I was a ‘bully’ (as the girls daily named me).  But Republican?  She lives a thousand miles away. The grade school option was out.  And sometimes I am old enough that when insulted, I think rather than fight.  A nose bent out of shape attests that it was not always so.

Were she near and snow bank unavailable, I would ask who might this definitive Republican be: Cruz, Trump, Eisenhower, Abraham Lincoln? Or the definitive Democrat: Obama, Clinton (either), Roosevelt, Wilson, Jefferson Davis?  Truth be told, I have never registered as either Democrat or Republican, have never voted in a primary election, and, for better or worse, have been satisfied with those the Parties offered.

Still, why discomfited when called a name? As said friend often sing-songed, ‘sticks and stones may break my bones, but words will never harm me.” I was not so much insulted as I became again aware, as when one hears the crack of a stick in the silence of a forest, of the power of naming. What emotional freight does a name carry?

I am not the first to note the power in the naming of things:

And whatsoever Adam called every living creature; that was the name thereof. And Adam gave names to all cattle, and to the fowl of the air, and to every beast of the field; (Gen: 2:18-19 KJV)

I have two nieces, Janis and Bonnie, beautiful, intelligent, worldly and accomplished women.  The family gathered at a rural Wisconsin tavern.  From the crowd, a stranger called out “Barnyard Bonnie!” I slid from the barstool to confront the lout.  We were farm kids born and raised. The farm defined us and its words had positive and negative meaning.  “Barnyard” is not affirming among us country folk.

‘Junk-yard Janis’ and ‘Barnyard Bonnie’ however went goo-goo eyed.  The ‘lout’ had been a grade-school friend with a similar rhyming moniker (I forget which) and the nicknames were freighted with warm memories. They yakked and recollected the rest of the evening.

At another grade school in another time in another county, another child suffered the sobriquet ‘Barnyard Bertie.’  Her memories are bitter, and she does not attend high school reunions. Though ‘It’s never too late to have a happy childhood,” few forget the shame of slander or, I would hope,  of slandering.

And in the larger world

The word chills my blood.  Socialism’s 20th-century history is bloodied beyond bloody, in its name tens of innocent millions were starved to death, murdered, executed. One walks through the fields and forests where o 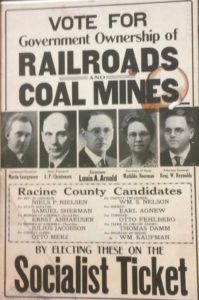 nce the Soviet GULAGS stood, In springtime, the ground extrudes bodies from mass grades. I read the documentation,  The Black Book of Communist,  Bloodlands, Harvest of Sorrow, or any of ten-thousand holocaust eye-witness accounts of mass murder.  The bibliography of Socialist failure is vast, graphic, and wearies the soul. Can it ever be forgotten? Well, yes, it can and yes, it is.  The term, Socialism, has become again popular among the ignorant,  ill-read or Machiavellian.[1]

I have some interest in Catastrophic Anthropogenic Warming (CAGW), a hypothesis that posits human-produced CO2 represents an existential threat to humanity; too much, and we all die.

The CAGW theory is based on the papers published by Manabe & Wetherald (1967) and Hansen et al., (1981)⁠3 The hypothesis roughly mean that a) The Earth’s climate is warming, b) The warming is substantially a result of human emissions of CO2 and, c) The magnitude of the warming will be enough to have significant effects, and d) The net effects of the warming will be harmful, and e) The harm caused by the warming will be great enough to be worth the net costs of politically-coerced mitigation.⁠4

I command a reasonable layman’s knowledge of the CAGW literature.  At best, I am skeptical, meaning I neither believe nor disbelieve, but find the evidence unconvincing. At worst, I disbelieve, i.e., consider the CAGW theory is a pile of crap and assert the opposite; though there is warming, it is not manmade. I am named a ‘denier’ thus to associate me with ‘Holocaust denier.’⁠5

And thus named––’Kulak’, ‘Jew’, ‘Menshevik’, ‘witch’, ‘Tutsi’, ‘Chink’, ‘Jap’, the list is long––one is identified, differentiated, isolated, and persecuted.  The name ‘socialist’ sickens me, but my reaction pauses me.

An anecdote:  My wife and I a half-decade back are in Moscow having coffee with a young (nineteen-years-old) Englishman and his Cambodian (twenty-one?) wife. They are both dear people. She speaks of her  anxiety––a dark inchoate presence is there, unfocused, just beyond the edge of her peripheral vision.Most of her family had disappeared in the Cambodian Holocaust. He rolls his eyes. He then confesses with a nineteen-year-old’s aplomb that he is a Communist. They are young.

I understand they divorced a few years later.