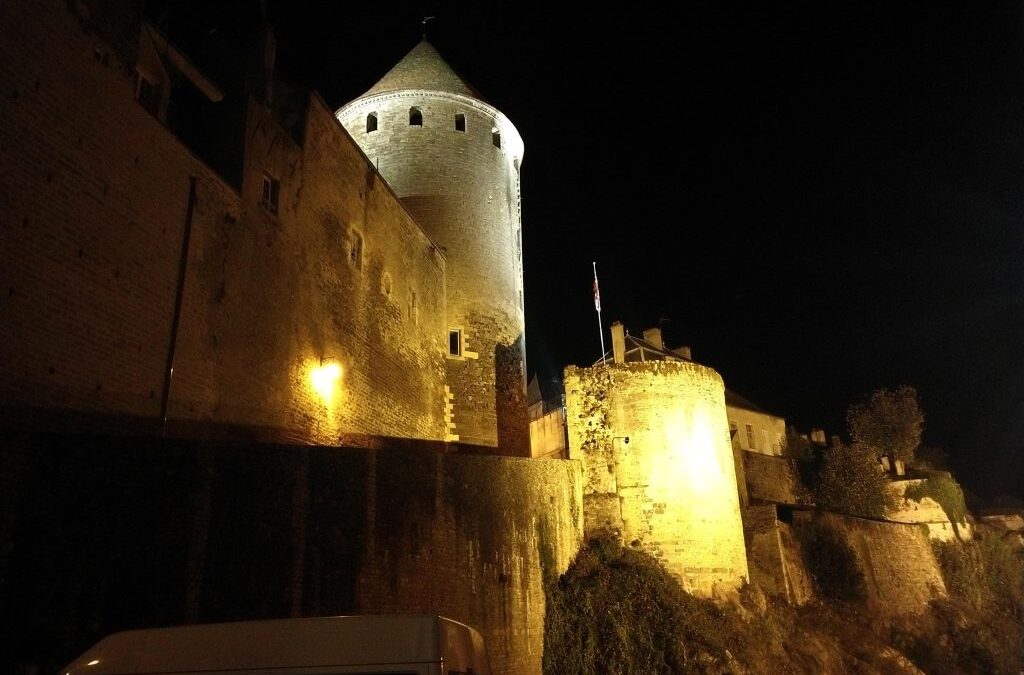 Patrice and I are moving this November (2019) to Semur-en-Auxios., near Dijon, in Burgundy, France. Why? Because we can. We are retired, squared away, and I speak French. And, as opposed to our (non) planning the moves to Moscow, Dresden and Rovinj, we are doing the paperwork (visas, financial, insurance) ahead of time.

We are not escaping America. We like the United States, Wisconsin, and Madison. I am an American patriot. I’ve been most everywhere, and understand how lucky I am to have been born in the USA. Strangers, learning I was a long-serving American soldier, thank me for my service.  I can only reply ‘thank you for having given me the opportunity to serve you.’  The United States is now going through one of its periodic moments of fevered self-loathing (certainly among its self-appointed intelligentsia),but that’ll pass.

We applied to rent (and restore) une maison éclusière Y53 (lock house) along the Burgundy canal. Nigel (le gendre) and Michelle (notre fille kadett, eh) own an apartment in Semur, where we will stay until the lock house is habitable. Our overall and long-term goal is that the lock house be attractive to passing butterflies and bicyclists (hey, and to us!). Ease of maintenance informs the design.

I am going to FINISH Resurrection, the fifth novel in The Long War Series!  The series examined the intertwined stories of four characters through the twilight of the Cold War and denoues(Is that the verb form of the noun denouement?) in the chaos of the early 1990s Yugoslav Civil War. Resurrectionis a mess, and in France I will make the 10,000 compromises to wrestle the 100,000 words into the semblance of a coherent story.

Early this year, we spent several weeks in France and England.  Patrice, born, raised and educated in New York City, is a European at heart. Her mother and father, pre- and post-WWII German refugees, and the NYC neighborhood in which she was raised inculcated a certain sensibility. I shall describe a salient incident.  We––Patrice, Nigel, I, Michelle and Michelle’s English business associate––dined at Michelle & Nigel’s private London club. The maître d’––French Mediterranean type, moustache, short, quick, charming, you know the type––bent extravagantly to kiss her on the cheek, asMediterranean males are wont to do, to which she inclined said cheek in practiced manner.  The same move at a US restaurant would have earned the waiter a karate chop to throat.

Second thing.  Patrice is a writer, the better storyteller of this married couple.  She doesn’t write in the United States.  She will write in France.

I will post a blog every two weeks.  We’ll see what stories they tell.