Liars and Storytellers: The Project

Liars and Storytellers is a non-fiction book project, which examines…here we go… liars and storytellers. I know a great deal about them.
Our generation as did our brothers’, uncles’ and fathers’ generations fought those who in the name of socialism spewed blood and gore across the face of the earth.
Messianic socialism, nationalist or internationalist, was a foul doctrine. Yet, A sizable collection of Western intellectuals were enamored of it from its foundation to its collapse. 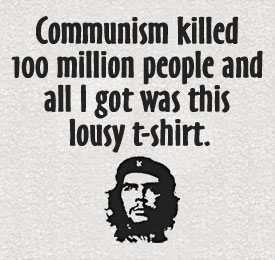 By the end of the 20th century, socialism in all is guises collapsed. My side won. But, as the Duke of Wellington remarked upon the finale of another long war, ‘It was a close-run thing.’
Books like Gulag Archipelago by Aleksandr Solzhenitsyn and The Black Book of Communism by Stéphane Courtois et al. now document why we fought. These, however, were published as the doctrine was in its death throes when the long war had already been won.
This was no accident, as your Communist theoretician was wont to say. The Socialist states, whether of national or international bent, lied like sonofabitches. And the well-fed, secure and gullible believed. However, if we may quote Abraham Lincoln in his Second Inaugural address (quoting Matthew (7:1-3)),
but let us judge not lest we be judged ourselves.[1]
My objective is to organize my understanding and experiences in and of deception into a non-fiction book, i.e., Liars and Storytellers. I invite colleagues, friends and acquaintances, who had been, are, or will be in the intelligence or deception or storytelling business, to critique and comment on the text as I develop it.
The rules of posting are thus: 1) Confine yourself to the topic. No snark, sarcasm, cursing or general churlish behavior. If I have written something false, to point it out is not churlish behavior.