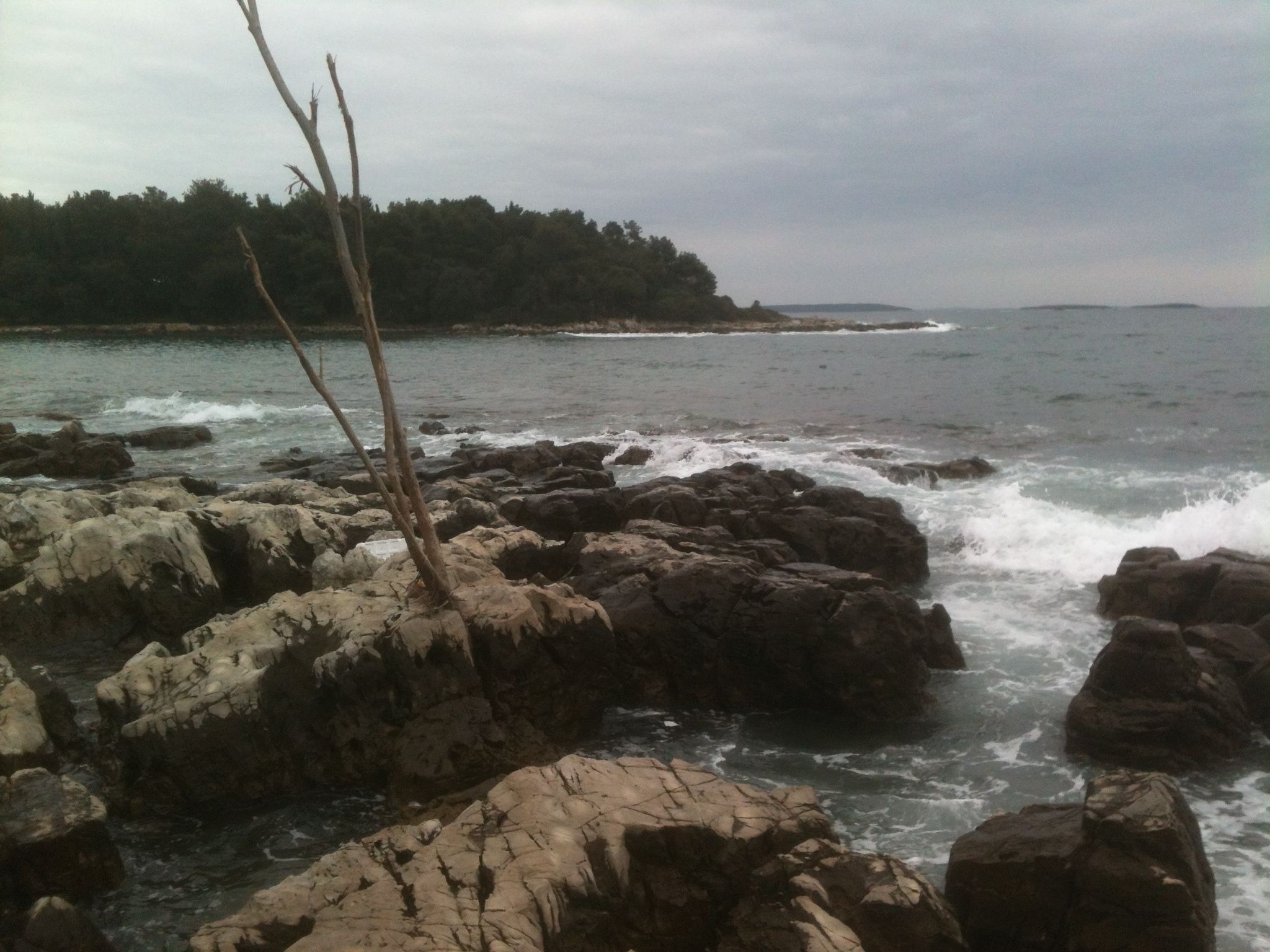 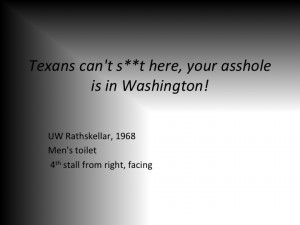 Broadcasting one’s impassioned message was harder back in the old days. For most of us, the public restroom was enough. One found a pen, composed an impassioned plea, then sat with trousers at ankles, and scrawled on the wall. Further dissemination required moving to the next stall. You see the limitations, right? 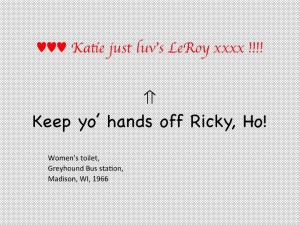 If your message was important, you had to repeat it once or twice a year for I and my kind (part-time janitors) sanded or painted them off.  Hey, it was money.

Facebook has changed, if not the content, the broadcast method. You may still speak nonsense, but your friends must deal with it. It’s on your (Facebook) wall.  For Example,

This Facebook post…” Bush Lied…”  is of course nonsense.  What interests us is whether the poster is a liar (knows it is false) or a dupe (believes it to be true), the message is, so far as we can currently tell,  false.

For if Bush lied, so did I.  When I left the USAF Counter-Deception Directorate in 1989, the Soviet-trained Iraqi Denial and Deception (D&D) program was sophisticated and effective. International Atomic Energy Agency (IAEA) weapons inspectors after Operation Desert Storm (1990-91) inspecting Iraqi weapons facilities were stunned to discover that Saddam Hussein and Iraq were months from assembling a functioning and deliverable nuclear weapon. Pre-Iraq invasion (2003), consensus Western (and Russian FSB) assessment was that Saddam Hussein maintained a nascent WMD capability which would be ramped up once the weapons inspectors were withdrawn.

In the end, Saddam Hussein’s sophisticated deception operations resulted in his hanging (Let that be a lesson to you, liar). 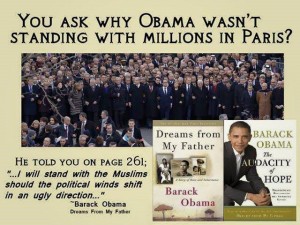 This post too is a lie, though easier to disprove.  I have the book Dreams from my Father in hand. I open it. I turn to page  261. There is no such phrase, no similar phrase, nor sense of the phrase either on page 261 or in the book, which I hold in my hand. The poster is a liar or a dupe, or has another edition of the book.

Whether s/he is liar or dupe, Facebook has that one disadvantage: the s**t house wall is anonymous; Facebook is not.  Thus, your cousin/nephew/friend posts nonsense incessantly. It takes you several hours to fact check. In the meantime s/he has posted four more times. It takes but a moment to create a lie; it takes forever, it seems,  to discern and articulate truth. 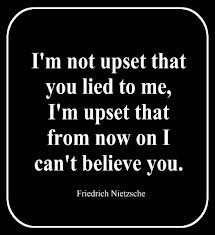 The solution is to dismiss all your cousin/nephew/friend says or posts.  But, like your loud- and foul-mouthed Uncle Frank back in the day, you put up with his unending B.S., now and then, telling him to shut up, then mollify forever his hurt feelings.  I mean, just because he is a serial liar, doesn’t mean he’s cast from the family or the friendship is over.

The problem remains that now and then Uncle Frank speaks truth.   Every so often the heretics and crackpots might just be right.  We’ll look into that next post…a liar who had spoken the truth.