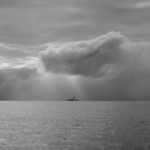 We are leaving the Istria Peninsula this week-end after a six-month stay. On the apartment floor is a mailing box, Hrvatska posta, Extra Large. We over-packed and are mailing things back to America before we leave for Germany.  Patrice is sending back a pair of stylish shoes; I am sending back the McIntosh Airport Time Capsule.   Dropbox, ICloud and Google Mail provide all the computer back-up we need (well, backing up IPhoto to Dropbox makes me nervous). Our fundamental requirement is high-speed internet. Our possessions fit into two large and one medium rolling suitcases.

I  looked back at my initial Rovinj blog––had I done what I set out to do?   I wanted to carry away  from here the first draft of the 3rd novel in A Long War series, which I will…more or less.  The Executioner’s Son has proven particularly difficult to write and imagine.  The opening novel scenes are set in Suzdal in the Soviet Union, circa 1953. How would two Russian teenagers see the world in a magical medieval town now a GULAG?  Their lives are difficult for me to imagine, but then so are the lives of American teen-agers.  Am I successful?  We shall find out in the not too distant future for my Russian friends will tell me.

Michealangelo, unfinished piece (one of many)

Sometimes it just comes down to One sentence at a time. Michelangelo is my goad. One is never really done; one is just comes to a point where you say…’it’s the best I can do, now. First draft, third novel in A Long War series is done.  In Germany I will finish the first reader’s draft by 15 September, when we leave.

Our travel strategy has been to live within our budget; if we wish to live in a high cost area (summer in Germany), we save by living in a low-cost area (winter in Istria).  I endorse Istria for the off-season.  It is the Italian Adriatic coast at half the price. We paid $400 a month for our apartment––ocean view balcony, two bath, equiv. $1200 a month in Madison, Wisconsin. Utilities are about $200; dining out costs less; a four-day rental car is $80.00; gas prices are astronomical, but public transportation is not too bad.

The local people––clothing, body type, carriage––are as my relatives. To sit in an Istria cafe, at least before anyone starts talking,  is as if in my childhood home. There is Aunt Helene with dyed-red hair piled high; that big galoumpf talking at the top of his lungs is Uncle Bill; that little battle axe with wire-rim glasses, who, if she smiled her face’d fall off, is Grandma Grivich. Learning Croatian has not been my first priority, but it is a Slavic language, related, distantly or near, to Russian, as Alabama is to New England. I go to the Rovinj cafes to write (need that low buzz to focus my attention). From time to time my attention wanders and I listen to Croatians gossip. They can be as loud-mouthed, self-important, intellectually pretentious, hypersensitive and politically correct, as in Madison.

Voila, une example.  Bob Dylan will give a concert in Pula, Croatia in June this year in the Roman amphitheater. However, Croatian activists have sworn out a European Union arrest warrant on him. He had apparently said something, off-the-cuff, that was judged anti-Croat. Now, you all know, right, that Bob Dylan, a Jewish boy, went to high school in Hibbings, MN, which is in the middle of the Minnesota Iron Range, and the miners are mostly Slovene, Croat and Serb, i.e. Yugoslavian, or rather South Slave. Now, some of my elderly American friends worship the ground Bob Dylan hobbles across, but he still went to Hibbings high school.

As we leave the eastern Adriatic maritime in mid-April the coastline is flowering and tourists crowd in.  We hear all week the Stuka roar of airplane engines preparing for the 12-13 April Red Bull Air Races. At around 7PM, the pilots finish practicing, land and around 8PM, an owl, the Ćuk begins to call which sounds like this.   We had first thought it was some sort of industrial warning device, its call is so regular. However, when I queried the natives, they’d get a semi-dreamy look; the sound is from childhood; it marked sleep, the end of school and springtime.

The winter 2013/spring 2014 in Istria has been sweet and productive and I can make easy, even blithe comparisons to Northern Wisconsin and the sweet foolishness of Wisconsin’s university town.  I am not unawares nor do I forget for a single second that I am in the Balkans and in Central Europe.  The differences in the recorded, archeological and architectural history, near and distant ,between my homeland and the old country is vast, nearly unbridgeable.   Wisconsin has, save for some French Jesuit diaries, perhaps 150 years of recorded history; in Rovinj recorded history is two-thousand years (Arupinum was a Roman military camp). A bicycle ride down the road is an excavated Neolithic fortress, four-thousand years old. Central Europe has been a borderland between settled agriculturalists and the steppe nomads forever; mass graves dot the landscape, this one aged at 600AD, that one 600BC…that one, 1994.

Wisconsin has been a wilderness expanse. There is an Indian mass grave near Mole Lake, Wi, twenty or so miles from the farm, a site of a battle between Chippewa tribes pushing the Sioux to the plains, but not much else.   Genocides, democides, holocausts and  massacres and  I’ll pick up on that sweet topic in the next blog.