On Labor Day week-end, 2019 I joined 200+ veterans and guardians on the local Honor Flight To Washington, D.C.

Marcia, my daughter, had long ago signed me up.  Patrice, my wife, more or less gently, pressured. Christopher, my son, agreed to come.

because I didn’t have a problem.

I flew reconnaissance in Vietnam at 16,000 feet, lost no close friends, had a rewarding military career, witnessed the fall of the Berlin Wall and the collapse of Communism.  We won the ‘Long War.’  If anyone doubt that our cause was just, read The Black Book of Communism,then we’ll talk.

I had worked it all out.

It was a cold spring day in 1983 or 84. Christopher was perhaps in first grade, Michelle had just begun to walk.  Sue and I were taking a Sunday morning walk on the Washington Mall and came unawares upon the Vietnam Wall. There were few people around, one, perhaps two, of those veterans who camped there in those days to deal with ‘shit.’ For some reason that Sunday I was in uniform.  Hmm, I thought, ‘Vietnam Wall.’ Then things jumbled. The gravel hurt my knees. A bearded hippy with big hands held my shoulder. I heard Michelle say ‘why is Daddy crying?’

I stuffed it, got hold of myself, and walked on.  The Soviet Union was deploying T-72 tanks and SS-20 missiles like tinker toys. I had five kids to raise and a war to win.

I read Lynda Van Devanter’s Home Before Morning, a memoir of a small town Catholic girl-2nd lieutenant nurse assigned to an in-country forward field hospital. Her day-to-day was as gruesome as one would expect, yet she felt the first shock of the war that first day returning to CONUS. Stranded at San Francisco airport without transport to Alameda, she did what we did in Vietnam.  She hitchhiked. A cursing motorist gave her the finger.

I’ve heard mention of  similar abuse when guys/gals returned stateside. I didn’t see it. From SEA, I went straight to Berlin with a stopover in Gleason, Wisconsin. My troops in Berlin––gals and guys––bitched. I listened to a lot of it.  It is what you did on long mid-shifts. Sorting fact from narrative is the time-suck task of the 1st lieutenant, first sergeant and county judge. People lie, or at least incorporate ‘good’ stories into their own narrative. Stolen Valor fraud sucks, but there it is.

Some stories must have been true. In those days, anti-war rage was virulent on campus and city, but McNamara, Nixon, and Kissinger were inaccessible. Thus, a dazed Sp-5 making his way back to the farm in Iowa was as good a target as any. Nowadays, the ubiquitous cell-phone documents this crap; then, not so much (This one is my personal favorite).

I come from a long line of redneck cannon fodder.  My great-grandfather, Lot Townsend, captain, 50th Georgia Infantry, fought from the Civil War’s first to last battle and dozens between. My father, a WWII US Army infantry 1st sergeant, was in pretty much constant combat from Guadalcanal to Okinawa. These front-line infantry unit stories are sketched out in unit histories and in scorching detail in E.B. Sledge’s With the Old Breed: At Peleliu and Okinawa, Karl Marlantes’ Matterhorn,  and especially his What it’s like to go to War,  and Mel Gibson’s movie Hacksaw Ridge. (1st Sergeant Ernest L Townsend’s Bronze Star (V) write-up describes an action on Kakazu Ridge, one over from Hacksaw). 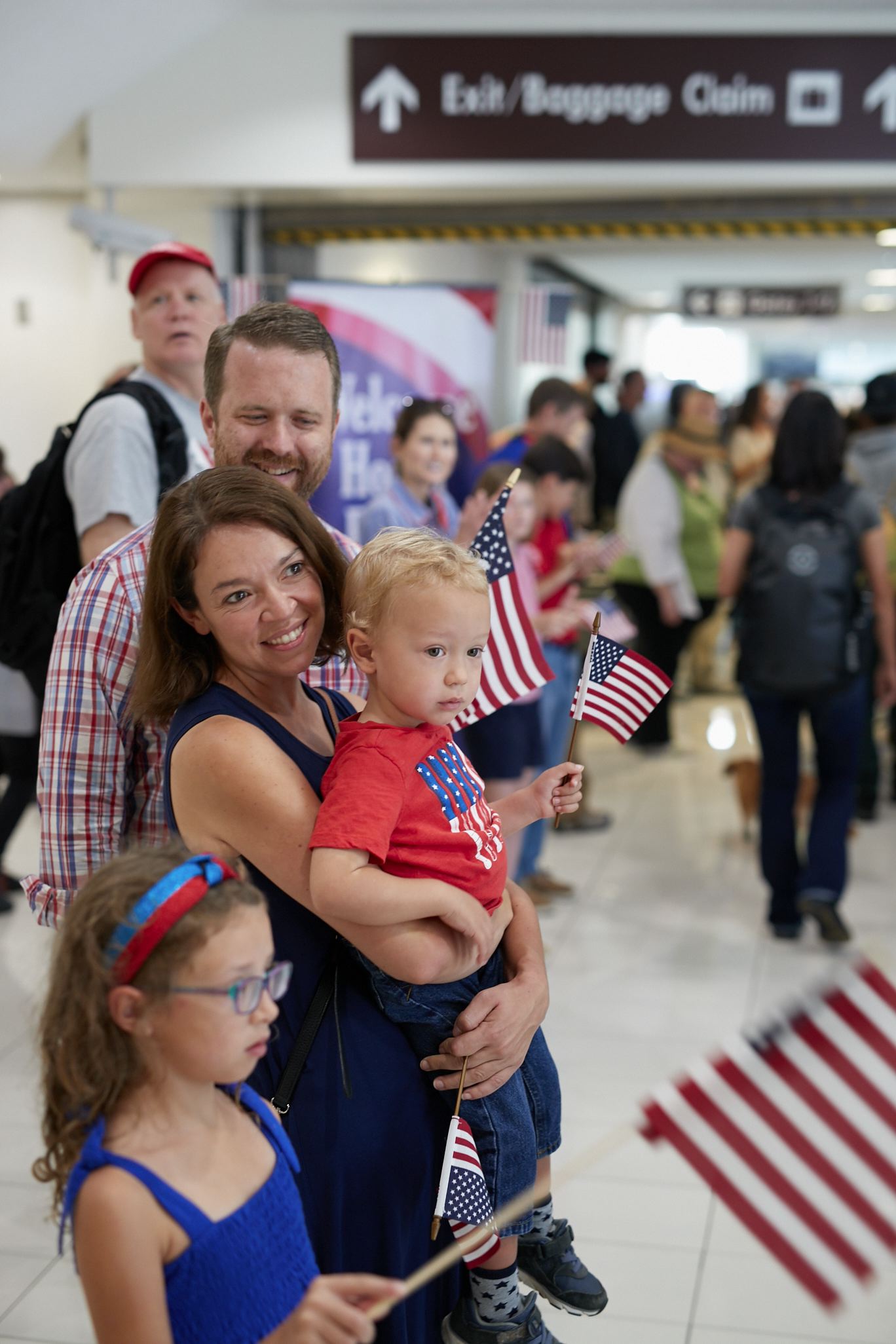 500-700 flag-waving and cheering passers-by, responding to a PA announcement, greeted us as we stepped off the plane at Washington, D.C. Reagan Airport, Washington, D.C. Powerful. I hadn’t realized until that moment the resentment I harbored from the Vietnam era. However young and unsophisticated we volunteers and draftees were, we stepped up. It is what young men and women do, at least the best do.  On the other hand, when strangers say ‘thank you for your service,’ I just reply that ‘I was proud to serve.’ Hokey, okay, but it’s my truth.

Bob Dole tries to visit every honor flight that comes to D.C. At his age, there is no ulterior motive. Like the Washingtonians at Reagan Airport, he just wants to say ‘thank you.. 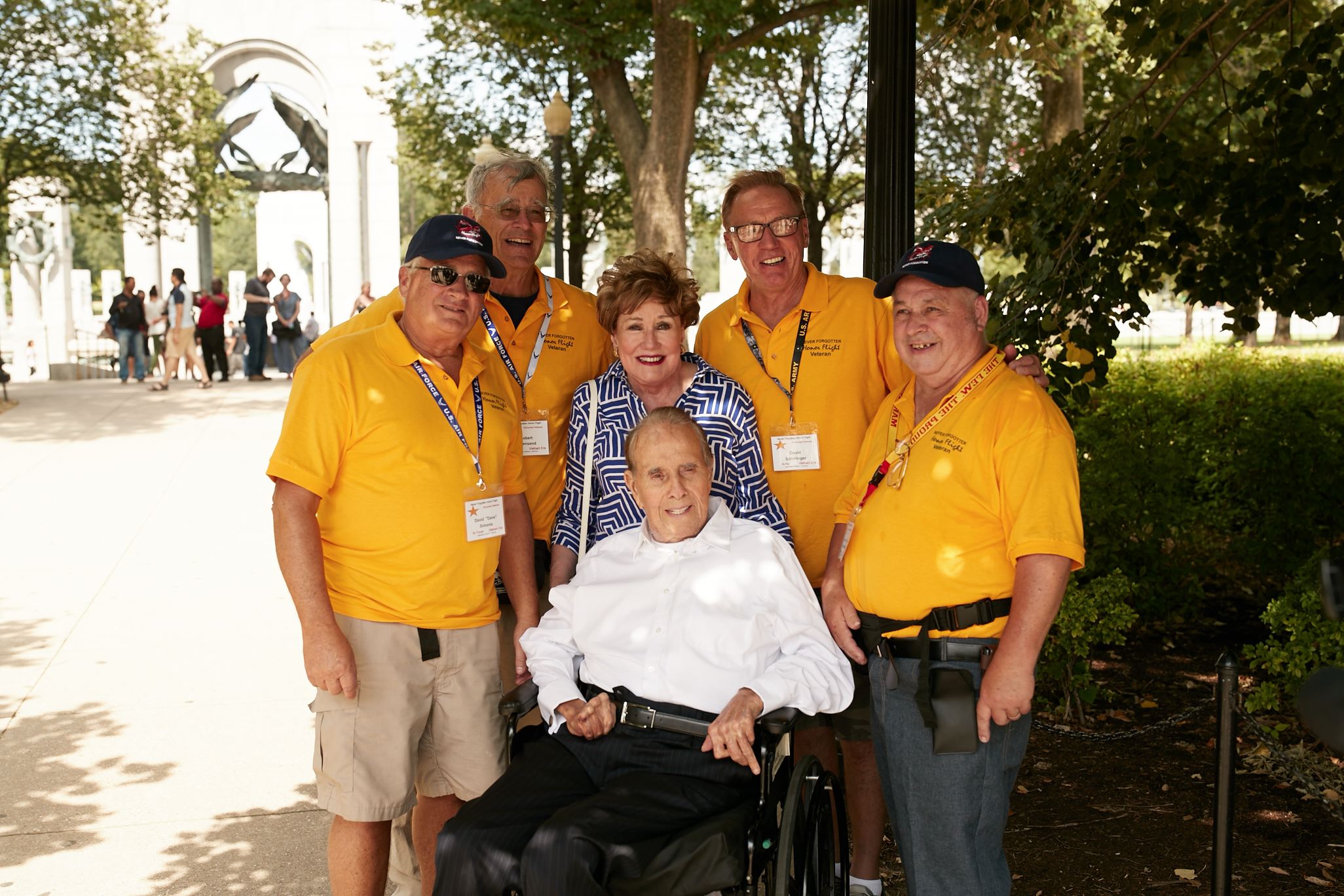 Bryan Doerries, The Theater of War: What Ancient Tragedies Can Teach Us Today (select YouTube videos here, here and here) and Sophocles and Greek playwrights treatment of Post Traumatic Stress Disorder in Bronze Age Greece 2500 years ago.  This has been particular powerful to me.

War is hard. Alway will be.  Always has been.

Thanks to America’s taxpayers,  I have lived many places for long periods and speak Russian, German and French pretty well.  I’ve drunk with Soviet Army and Wehrmacht WWII veterans, listened to their stories, visited their monuments, read their memoirs and war novels.  Their wars have been insupportable like ours, and have been for 2500 years.

A cross look in the University of Wisconsin Memorial Union Rathskellar is the least of ones post-war problems, though it sucked.

Soldier suck it up. Someone else always had it worse, especially the dead.

I have regrets. I deeply regret MAC V incompetence in the years 1964-1968. I regret Cambodian Air Force officers (I worked many ABCCC missions as their translator) who perished in the Cambodian genocide.

Some Viet vets had been badly treated––Agent Orange, underfunded Veteran’s Administration hospitals, an insult here and there, lacking words to communicate the experience, home folks uncomfortable and confused over how to treat the veteran.

In that long list of misbegottens, America rediscovered soldier’s heart, shell shock, war fatigue, currently Post Traumatic Stress Disorder. Even on September 2, 2019, five decades on, Vietnam vets, first time visiting the war, drop to their knees before the name of the nineeteen-year-old buddy who did not return.

No lessons here. No conclusions.  I am only greatly pleased that I went on the honor flight, and thank those folks, especially Lieutenant Colonel (ret) James Campbell et. al. for their years of work.  We’ll see what I can do to help.