Wisconsin Vietnam Vet, Soviet Scholar and Author Robert E. Townsend to Debut Third Novel in The Long War Series at Mystery to Me Bookstore on 14 October 2016. 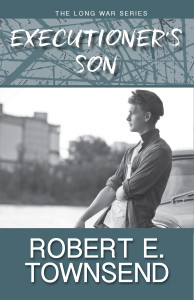 An apparition, the fifteen-year-old goose herder, Ekaterina Soroka, appears on Illian Meadow beneath the walls of the Suzdal Kremlin. The all-powerful sixteen-year-old Danton spies the beauty from afar. He will take her for his pleasure. She transfixes with a tale and as the spring becomes summer a slight and blond Scheherazade beguiles the executioner’s son with skazky, Russian folk tales.

Time passes. He is exiled to a distant land, where, on a flooded Laotian river crossing, the American sniper, SP-4 Richard Belisle, frames him within crosshairs.