Patrice and I are at the farm for at least the next year. Of late, the mornings have been fog-shrouded over one foot of snow. Beautiful.

I work every day on The Executioner’s Son. We are in 1960-62 post-Stalin Moscow. Lenin/Stalin’s genocide/democide and WWII is the near past.   It is known well enough that some number of Soviet citizens perished, but the fault lies neither with Communism nor the Soviet people, but elsewhere. It was Fascism or the “Cult of Personality” or even ” ‘mistakes were made.’

The main characters witnessed mass murder, though none save one has murdered. Each has borne witness, and each will admit or deny what they have seen. The novel’s action takes place against a backdrop of deception: State-to-state, person-to-person and, self-deception.

Stalin’s Soviet Union worldview was ‘Manichean; there are forces of light and forces of darkness and only one wins.Under Stalin, a single man, Stalin, defined right vs. wrong; those who demurred, died.In 1947, the Soviet Union designated the United States as the “main enemy.”

Stalin’s successors, survivors of Stalin’s paranoia, proscribed death for apostasy; exile, yes, but not execution. World domination remains an article of Communist faith, waxing and waning perhaps, but fundamental to a Communist identity. However, the ‘correlation of forces’ did not favor the Soviet Union. In war, deception is but one weapon––like artillery, infantry and command and control––in a combatant’s arsenal. Because the 1960s nuclear standoff, deception became the remaining usable war-fighting tools. Those skilled in its application had a promotion advantage. I’ve dealt elsewhere in more detail on the Soviet post-war foreign deception world. Read here for my take on Soviet deception.

Where do I get off writing about mass-murder, delusion, and deception and from the Russian point of view at that?

We Vietnam veterans are no strangers to accusations of ‘mass murder.’ As a long-serving NATO headquarters officer, I planned Armageddon for the German peoples. I have some background in Russian, Soviet, and deception scholarship. I can compose an effective sentence and paragraph. You may judge whether I created a believable “unreliable” Russian narrators when I finish, fingers crossed, sometime around the middle of 2015.

However, the “Through the Looking Glass” character of 1960’s Soviet life and vocabulary frizzles my writer’s imagination. Like the survivors of a brutal father, Soviet characters are recovering ‘truth.’ This one suffered and vows ‘it ends with me.” Unfortunately, another sibling lives well enough in the old truth. 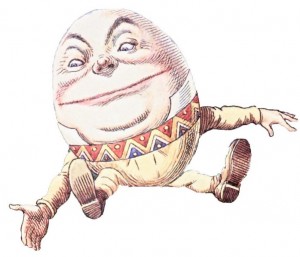