The ‘middle morass’ of The Executioner’s Son, that miserable time when, between the sparkling first scenes and a dramatic conclusion, you sit in that writing swamp struggling to “The End.”

A 1900 Russian short story, The Beacon, by Korolenko, comes to mind (Russian version here, English translation here). It is late Fall. A young man hires a boat, which conveys him in darkness along gloomy  Siberian river. He spies a light and exclaims “We’re almost there!” The boatman glances over his shoulder and returns to rowing. “No,” he replies, “Long way off.”  The young man, flabbergasted, philosophized, as Russians are wont to do.   The beacon shines, seemingly near, now distant, always deceptive.

The novel’s eminence grise, Colonel Alexander Soroka,  lectures on deception. I attend the lecture.  Also in the auditorium is Danton Larionov, who wonders if this fierce Soroka is somehow related to the young beauty he met in Suzdal during that Spring 1953, the year Stalin died, Beria was executed and his father committed suicide.

Korolenko’s short story gave hope to a generation of Russian revolutionaries. The beacon beckons––warmth, comfort and security, the worker’s paradise. The revolution we will come. Eventually. Inevitably.

In reality, that glowing beacon turned out to be the furnace grate to the Gates of Hell, the Russian revolution. Metaphors are troubling little devils, can’t they?

All deception works within the context of what is true.

The Bolshevik revolution has chewed up, but not killed Alexander Soroka. The June 1941 German invasion saved Soroka from execution. Twenty million (or forty million; we demographers still argue) Soviet citizens died. Soroka did not. His specialty, deception (the Russian word is maskirovka), saved him. 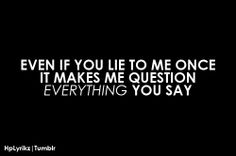 Hasn’t many a newlywed wondered which incubus replaced her wedding night Sir Galahad with this lout snoring besides her?  Yet, deception gets us what we want, reference the lout in the previous paragraph.

Alexander Soroka, a liar, survived and thrives. He has a new apartment, a beautiful wife, and good job. He produces programs for Radio Moscow, the Soviet Union English language broadcast and once per week lectures on deception at the Valerian Kuybyshev Military Engineering Academy.

A commander who forgoes deception forgoes a tool of warfare. 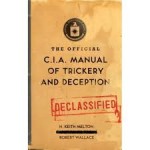 On June 6, 1944, the Allied armies invaded Normandy with five divisions.   The Allied deception plan Fortitude held the Wehrmacht Fifteenth Army in the Pas de Calais area until 25 July, 1944, six weeks after Operation Overlord (Normandy) invasion. In all, the Germans held a total of 19 divisions—some admittedly understrength—in Belgium and Holland. Fortitude North did its job by inducing the Germans to maintain their 12 divisions in Norway. Hitler was concerned about the threat to Norway, but not enough to increase the number of divisions there. In total, the Germans kept 18 divisions in Scandinavia during and immediately after the Normandy invasion. Opeation Zeppelin achieved similar results. The Germans maintained 22 divisions in the Balkans and did not transfer any of them to northern France during the preparation period of Overlord. It is hard to imagine the allied invasion succeeded without deception.

Zhukov lost 335,000 men in Operation Mars, which lasted less than a month, and Vasilevskiy lost 485,000 men in two and one half months of the Stalingrad strategic victory. Furthermore, Vasilevsky’s figures included not only losses in Operation Uranus, but also those incurred in Little Saturn, the Kotel’nikovskij Operation and the operation to reduce the encircled German Stalingrad force.

The victorious Wehrmacht suffered wounds in November and December that fatally weakened their Rzhev defense, but the Soviet losses were severe, if not catastrophic. The initial strength of the seven Soviet armies committed in operation Mars amounted to about 667, 000 men and over 1900 tanks out of the 1, 890,000 men and 3,375 tanks that comprised the Kalinin and Western Fronts and the Moscow Defense Zone in November 1942. Additionally, at least 150,000 men and several hundred tanks reinforced the attacking armies during the operation  German sources estimate total Soviet personnel losses at over 200,000 men, including about 100,000 dead, and total Soviet tank losses at between 1665 and 1847 out of an estimated 2000 tanks committed to combat. The German count of Soviet prisoners of war and deserters was 5, 272 men, although usually prisoners were not taken on either side.

Alexander Soroka’s problem is thus: Deception is a double-edged sword.  He teaches young men to lie convincingly.  He seeks the best among them as staff and allies.  We shall see what happens.