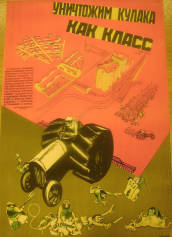 Believers and fools, liars and dupes

The Great Famine of 1932-33 has always be recognized as one of the darkest periods in Soviet history. More than 6 million people died as a result of it.

It is 1960. Two brothers, Russian Jews, meet in an abandoned warehouse in the Baumanskaya District of Moscow. It had been two decades since they had last seen one another.  Blood under the bridge, my Irish niece might say.

Both had been Communist activists; Nicolai had been a shock troop leader of the “25,000’er’s”, Komsomol sent to the countryside to collectivize the peasants. The younger brother, Alexander, directed an actor troupe performing propaganda skits in an increasingly empty countryside. 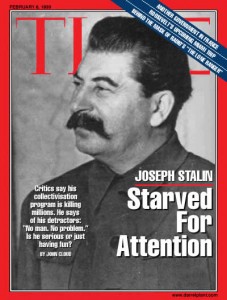 It was no secret…

They had shared a dream  become a nightmare. True believers both, Bolsheviks, they had served the ‘Noble Cause,’ which wasted three Soviet generations.

Now, they share a daughter, Ekaterina, her paternity uncertain; On the eve of the German invasion, the NKVD had arrested Nicolai, which sentenced him to ten years ‘without right of correspondence,’ a euphemism for execution.  Alexander had given evidence against him. In those hectic days––hectic is the correct word;  familiarity had emptied word ‘terror’ of meaning––Irena Alexandrova Stemenko had become pregnant.  In the chaos of Communist purge Nazi invasion, death today, tomorrow at the latest, who counted menstrual cycles?
Nicolai is an Odessa gangster moved to Moscow.  Alexander is a propagandist, in Soviet parlance, something like an advertising consultant. His services are in demand at the highest Soviet government levels.

Great truths had  become great lies.   Few Western books had circumvented Soviet border controls. Russian books––Dr. Zhivago, Day in the Life of Ivan Denisovich, and of course Khrushchev’s Secret Speech––had begun to put words to the “Great Terror.” But, in 1960, the Soviet population was dumb. The NKVD implemented Great Terror ensured the population did not question the Noble Lie. Words––genocide; mass murder of an ethnic group, or democide; mass murder of an economic class––either did not exist, of if they had, had yet to carry meaning beyond small groups of ‘specialists’. Census data were state secrets. The writer may well have subtle powers, but alas he needs words with shared meaning.

The brothers are Russian first, prone to philosophize; Jews second, educated in Talmudic disputation; and once Communist true-believers, skilled in the dialectic.  They dispute at which moment they changed from dupes to liars. They meet in cold warehouse. Each lied nobly in service to the Great Cause. Each had been a liar, a dupe and a fool.  Each had lied, duped and fooled.  Their cause is words empty of meaning and spoken by rote…Pharisees.

Suicide is not an option. Ekaterina needs them.

We––Nicolai, Alexander and I––will examine their great cause, lies great and small––the noble lie,  the big lie, even the dirty lie,  and the little white lie.