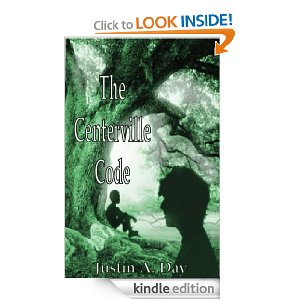 Justin A. Day (pseudonym) with  Jan Weeks published The Centerville Code forty-two years too late for me.   It is a 10-13 year-old boy adventure book where the heroes require facility in cryptanalysis––the reading of codes­­.  It is the type of story I read as a pre-teen and had I read it forty-two years ago, I would have understood cryptanalysis and would have been transferred to 6950th Security Squadron, Chicksands, England rather than the 553rd Reconnaissance Wing,  Khorat, Thailand.

In July 1969 I arrived at the Signals Intelligence officer training school at Goodfellow AFB, San Angelo, Texas to begin a life of adventure.  A callow farm boy grown even more so at the UW Madison,, I had rarely left Wisconsin in my first twenty-one years.

I began the course in August. The first weeks were a continuation of college from which I graduated with a 2.89 GPA; college was memorization and tests. The military training was memorization,  excruciatingly boring, which military training tends to be, and until the shit hits the fan when you deeply regret not spending twelve additional weeks dry firing on the range or blind-loading grenade launchers.  In late August 1969 we began the six-week codes, ciphers and cryptanalytics block.  It could just as well have been an intensive six-week Kalahari !Kung course of tongue clicks with glottal stops for all the sense it made.  One’s assignment choice was based on class rank––first in class got first choice.  Cryptanalysis is not a discipline which, if you stare hard and long enough, it sticks at least through the examination.  I flunked every test and as a reward was assigned to South East Asia.  I came later to understand that I was dyslexic; I transpose letters and numbers.  It is a genetic defect which is mostly a defect when breaking codes (in the old days, before Cray computers), a task composed of a long series of handwritten computations where a mistake at step 4 cascades into an utter and complete chaos by step 57.

The Centerville Code  is a typical Midwestern boy’s novel, in tone like Ray Bradbury’s  Something Wicked This Way Comes.  A boring summer vacation turns into a hunt for a gang of antiquities thieves when eleven-year-old Zack Harris and his buddies discover a coded message hidden in an old oak tree. Zack rallies Paprika, Stinky and twins Ricky and Randy to help solve the mystery.  While examining the slip of paper at the Snack Shoppe, the boys notice Evan Zolotny, a new kid they’ve ignored because of his shabby appearance and not-so-shabby smarts. Zack decides to use Evan’s smarts to help in deciphering the message. For Evan, it’s a piece of cake.

For Robert Townsend, it’s was a piece of hardtack. For kids with difficulty in mathematics, Jan Weeks begins the process at the beginning, the process of understanding codes, ciphers and cryptanalysis, as useful today as it was a thousand, a hundred or ten years ago and as useful it is to learn today.  Simple, clear and fun to learn.

The Centerville codes is an inexpensive  and fun buy for your boy (or girl) at $3.99.  The explanation of code and cipher is a free download at Justin A. Day’s web-page.  If your kid’s have a smart phone, it’ll bring a feeling of privacy back to their Facebook pages.  Only a feeling, mind you.  If you should believe your coded messages are secure,  I recommend your read the paragraph Soviet Access to US Intelligence Process in this hyperlinked article.

However, still would have really liked The Centerville Code forty-two years ago.