I have been taking long walks in the Upper Swabian countryside this spring. The Alps like the Rockies advance or retreat as is their wont and per the air’s clarity. This is a rich and well watered land, tended these last several hundred years with respect and honor.  I am a northern Wisconsin farm boy; I’ve worked long hours in the fields and in the woods.  I marvel here at how meticulously the woodsmen harvest the timber, quickly (and in straight rows) replant, then fastidiously control weeds until the young trees themselves shade the competition.  I could similarly go on for pages about the crops, and then the farm animals.  The German farmer himself may speak haltingly about his inner feelings for the land, which is perhaps why he has paid his poets and musicians, those who homage this visually and in actuality fecund land, so well.

Memorial to  to a young Pole executed for love, 1941

…and built a lot of Feldkreuze.  This monument,  God Protect and Preserve our Nature, lies across the farm track from the memorial to the Polish student the Nazis executed for his betrothal to the local German girl. Each marker is well-tended. The locals I question (don’t for a moment think farm folks, German or American, are reluctant to tell a story), think the placement is random, but perhaps we can let it symbolize duality in the human soul, eh?  We are each capable of sublime generosity and base cruelty. My own motives have been on occasion pristine, often enough, base.

My novelist interest is 20th century mass hysterias.  I have worked long years in the deception business (‘lying, cheating and stealing’ in office vernacular) for which I have accepted and spent your taxpayers’ dime. These phrases are mouthfuls, which I shorten to ‘CC&D’ and ‘CAGW,’ respectively.  CAGW illuminates CC&D, and vice versa.  To understand one helps to understand the other.

1) CAGW, the science of which I find thin to vaporous, renders me skeptical; Climate has changed, climate is changing; climate will change through eternity. Climate change is as the Queen of Hearts asserts in Alice in Wonderland; The word means exactly what I want it to mean; nothing more nor nothing less  2) however, deception and climate are complex, thus subject to simplification and slogan, 3) which (CC&D) I must illustrate sensibly in any novel I wish to foist upon you.

So, if I use CC&D and/or CAGW in the title post, and this makes your eyes glaze over, go elsewhere for that day’s internet sustenance.  It means I am working out a novel plot or backdrop problem.

I had been an intelligence analyst whose speciality was CC&D (specifically, how the Soviet Union used CC&D to gain advantage in Strategic Arms Control negotiations (Detailed treatment here).  It was mind-numbing work.  I was perhaps not the right person for the job. The discernment of deception required a certain intellectual nimbleness, which my stolid nose-to-grindstone mind lacked; on the other hand, a certain stolid-ness helped.   You keep at the problem and eventually, you break the deception. The con job makes sense. In my current novel, state-to-state deception serves as backdrop.  Although individual deceptive practices are easy enough to describe (Yes, darling, the dress suits you beautifully), articulating effectively how and why deception works remains that ‘mind-numbing’ work.

I am wrestling with how how to incorporate deception concepts and techniques into my novels (Others have done similar literary chores very well, thank you, i.e., for example,  Robert Pirsig (Zen and the Art of Motorcycle Maintenance)  (Western use/misuse of Aristotelian logic) and Thomas Mann (Magic Mountain) (Catholic vs. Protestant doctrine in struggle for the German soul).

Like Germany, America has periodically fallen into religious trances; screwballs, who are normally on the fringe, somehow gain a following: The end of the world is nigh; The Book of Revelations will be revealed next week Wednesday at 3:30PM; James Jones orders his followers to drink strychnine. 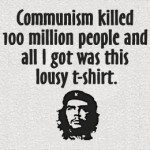 [i] I have a friend, who remains a friend, an utterly decent man, who proclaims himself a socialist. I say nothing, but  visualize other self-proclaimed socialists whose mass murder  dreams, I presume, he does not share––Lenin, Stalin, Hitler, Mao Tse-Tung, Ho Chi Mihn, Kim Il-Sung, Pol Pot… Juvénal Habyarimana . A boy I grew up with, who remained friend enough until he died, glorified the Nazis, a concentration camp guard in waiting. No matter how often I encountered those certain in their righteous beliefs, I am curious.  Monuments to the power of deception and mass hysteria dot this German countryside.

So, I will warn you when I’m working through it.  I’ll have in solved in my next novel, eh?