On Bullshit: Liars and Storytellers

On Bullshit and On Truth

I had long visualized the lexicon landscape between The Truth and The Lie as a continuum along which lay a rich and varied vocabulary––deception, denial, camouflage, working truth, baloney, etc––with full equivalents in every language on the face of the earth. 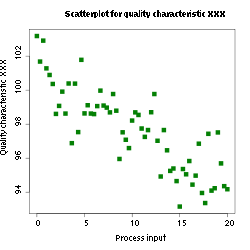 Harry Frankfurt’s essay, On Bullshit examines a word which falls off my continuum, and I’ve had to reassess my worldview.  Rather than something smooth and arching, like a sine curve, I’ve come to visualize the vocabulary of deception as more like a scatter chart. To capture the phenomenon of deception, we coined new words and redefined old words.  In the trade, we named this phenomenon ‘complexification’, or metaphorically, ‘trying to nail Jell-O to a wall.’  Still, one only has words to organize ones world, so we press forward naming as had Adam those things we see, feel, smell, hear. Harry Frankfurt thus writes the essay On Bullshit to ‘define’ a phenomenon we from time to time sense.

There exists in our world individuals to whom neither truth nor lie is of great (much less any) import. We each have a relative, family friend or an acquaintance of whom, when they leave the room, we think ‘Does he not know when he’s lying?’

Frankfurt’s essay suggests that this question misses the bullshitter’s purpose; he doesn’t care whether what he says is true or false. He seeks only to create an impression and is unconcerned to establish either ‘truth’ or to perpetrate a lie. He is your salesman neighbor, your drug-addicted uncle, your spouse’s abusive and viperish aunt. Each wishes to cultivate an appearance of a rich and successful salesman, an attentive and supportive father, a kindly and understanding mother. An avalanche of words and assertions overwhelms your response, you have so much to contradict and in the end you give up, and s/he carries the moment. A Facebook friend posts six Occupy Democrat one-liners a day, the Assembly of God preacher rattles off chapter and verse proving the imminence of the end, each assertion requiring hours to refute, but s/she doesn’t listen and continues to spew. You simply let them blather on giving them the last word.

Is he liar or bullshitter?

I had earlier defined ‘fact’ as something proven true independent of the observer. ’The sun is shining’, i.e., if the greatest fool on earth states the sun is shining, his observation does not extinguish the sun. Some facts are long accepted; “The sun also ariseth, and the sun goeth down”, others more recent; a2 + b2 = c2. From such facts we strive to compose truths to order our world. We organize our day with the rising sun; we confidently drive across a bridge constructed on the truth of the Pythagorean theorem. There are facts from which we compose truths and we therefore survive to eat that Brussels sprout or cross that aforementioned bridge.

Harry G. Frankfurt, notes that “It is impossible for someone to lie unless he thinks he knows the truth.   However,  producing bullshit requires no such conviction.[2]” We who are (or were) professional liars have deep concern with fact, truth and falsehood.

Telling a lie is an act with a sharp focus. It is designed to insert a particular falsehood at a specific point in a set or system of beliefs, in order to avoid the consequences of having that point occupied by the truth. This requires a degree of craftsmanship, in which the teller of the lie submits to objective constraints imposed by what he takes to be the truth. The liar is inescapably concerned with truth-values.

“Someone who lies and someone who tells the truth are playing on opposite sides, so to speak, in the same game. Each responds to the facts as he understands them, although the response of the one is guided by the authority of the truth, while the response of the other defies that authority and refuses to meet its demands. The bullshitter ignores these demands altogether. He does not reject the authority of the truth, as the liar does, and oppose himself to it. He pays no attention to it at all. By virtue of this, bullshit is a greater enemy of the truth than lies are.” [3]

Long ago I attended a W.P Kinsella (Shoeless Joe, the source story of the movie, “Field of Dreams”) storytelling workshop, It was mostly forgettable save that he said ‘If I need a fact, I make it up!”

I often think about the role of storyteller as I wallow in this the age of information,  “a task increasingly challenging and increasingly important as we find ourselves bombarded with bits of disjoined information, devoid of the sense making context that only deft storytelling can impart.” (Maria Popova, and I’ve lost the reference. I’ll fix it later.)  And that will be the subject of my next post (paragraph). What is a storyteller; what is his relationship with the liar, bullshitter, deceiver? How does s/he navigate in this a world transitioning from Word to Impulse.

That then is my next blog topic in the Liars and Storytellers series “The Bullshitter and Storyteller; Similar and Different.”  We shall see how that turns out.

__________________________________
[1] Handel quoted David Mure in this regard. “Truth should make up at least 90% of the information fed to the enemy.” From Jones, R.V.;  Reflections on Intelligence, London, U.K.: William Heinemann, Ltd,, 1989 pg 105 and referenced in Counter Deception Principles and Applications for National Security, Bennett, Michael, Waltz, Edward, Artech House, Boston & London,  pp. 58-60
[2] On Bullshit, Harry Frankfurt, pg. 16
[3] On Bullshit, Pg 16  This freedom from the constraints to which the liar must submit does not necessarily mean, of course, that his task is easier than the task of the liar. But the mode of creativity upon which it relies is less analytical and less deliberative than that which is mobilized in lying. It is more expansive and independent, with mare spacious opportunities for improvisation, color, and imaginative play. This is less a matter of craft than of art. Hence the familiar notion of the “bullshit artist.”